Research Work in Sarawak and Study on Oil Palm Business

Fumikazu Ubukata（Graduate School of Environmental Science, Okayama University） 1. Non-specialist and Area Study  It always requires a certain amount of courage for an area study researcher to step into uncharted territory. Being a specialist of mainland Southeast Asia, I am not familiar with the history and geography of Malaysia and have no expertise in the language of Malay or Iban. It seems a bit strange then that such a “non-specialist” should join in an area study project outside of his field, but the project might benefit to some degree from the ideas of an outsider. I hope to make a contribution to the project with the knowledge that I have gained from my research work on the mainland.  The main focus of my study in this project is the political economy of plantation industries, above all, that of the oil palm industry. Since the 19th century, many tropical crops have been cultivated in large-scale plantations in Southeast Asia. The plantation business has always been the target of scrutiny from various parties. These include the supporters and activists who advocate the living conditions and human rights of the poor in developing countries and people committed to environmental protection. The criticism from those parties, however, has not succeeded in hampering the land development at large. Today plantations are so common in tropical developing countries that they have become a part of the landscape.  In the research for this project, I therefore try to include the views of developers to reflect the realities in those tropical peripheral regions. I am going to focus on the developing process of the plantation industry and examine the possibilities and constraints under which the industry can coexist with the local communities and natural environment. We are fortunate enough to have full cooperation for this project from Company K which operates an oil palm plantation business in Sarawak. This is a progress report on my research for this project at this stage including some impressions of Sarawak.   2. An Agricultural Society and A Biomass Society  Once one has stepped into Southeast Asia, one realizes that the difference between its insular area and the mainland is so distinctive that it seems like they belong to different worlds. The first thing that came to mind when I arrived in Sarawak for the first time was that it was not an agricultural society (or a society developed on an agricultural economy).  Magnificent natural beauty and resource-rich terrain characterize the insular part of Southeast Asia. Historically, Southeast Asia has been considered as “a small population world” and this is easy to see in Sarawak and its vicinities. In some parts of the mainland, plantations as well as commercial or semi-commercial farmers emerged in the course of land development in the nineteenth century. Later, many plantations suffered from the impact of the Great Depression and commercial farmers gradually prevailed and formed unique agricultural societies that consist of commercial peasants. This social characteristic is, to some extent, reflected in the national land and tax systems in some countries and colonial states, such as Thailand (Kitahara, 2002a, 2002b). In Sarawak, on the other hand, it seems more important to ensure the profit from the natural resources (so called rent), rather than from agriculture and peasantry, to maintain and develop the nation. In that context, “a biomass society” would be the right word to describe this area.  In fact, past studies of economic development theories are mainly focused on the countries with large populations with fewer resources while relatively fewer researches have been conducted in the resource-rich countries to speculate on their economic progresses. If a country is abundant in natural resources, like oil-producing countries, it is generally viewed as a great advantage for the country’s economic growth. Both Canada and Australia are good examples of this economic development path. However, if we see the world from a global viewpoint, this theory doesn’t necessarily hold true. Not all resource-rich countries successfully achieve a high rate of economic growth. The phrase, “resource curse” (or “paradox of plenty”) was born out of the fact that the economic growth rates of resource-rich countries are statistically lower than those rates of resource-poor countries. From a macro perspective, the point of issue here is what is there between blessings of nature and resource curse.  Needless to say, this is all related to environmental issues as natural resources are certain parts of natural capital. If those natural resources are wasted, the loss undoubtedly deteriorates future economic growth and it could have certain impacts on climate change and ecosystem services at the global level. That’s why today, the task of seeking paths to use limited natural resources for a long term, with an eco-conscious mind is so important for the national or social development. 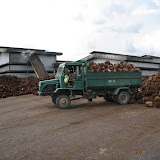 3. Political Economy of Plantation Industry  There are two major natural resources in Sarawak; oil and forest products. Generally, the economic growth in Malaysia is regarded as a success story. If we view this success from the perspective of efficiency of resource use, it is doubtful that Malaysia’s natural resources have been used properly. This ineffective resource-use is considered to be caused by the country’s political structure, regarding how to distribute the natural resources or how to return profits to its people (Ascher, 1999). Right from the beginning of the Brooke regime in the nineteenth century, the lands of Sarawak were government property and the government enjoyed its authority to appoint concession holders.  After independence as the Federation of Malaysia, Sarawak state government maintained logging rights from the federal government. In order to maintain a stable administration, the state government had granted logging concessions to local key influential persons to get their support. As a result, the government leased its vast area of land to the private companies for logging operations at first, and for oil palm plantations in recent years.  Now I’d like to look at this process from the local perspectives at this stage. As mentioned above, Sarawak government has used concession rights as a vehicle to strengthen its political framework. But this distribution of concession rights consequently brought about social conflicts. In fact this type of movement can be seen in other places, but it tends to become a serious social issue in resource-abundant countries and societies like Sarawak.  This situation is the same in mainland Southeast Asia, but the problem seems less serious and in many cases limited both in terms of time and space. One of the reasons for this difference is, probably, that in the mainland natural resources have never played the role of crucial industrial foundation. On top of that in the mainland alternative production and marketing systems that involve small farmers as important stakeholders had been established. As mentioned before, much of the large-scale farming by plantations established in the nineteenth century declined and was replaced by small farmers. Given that fact, at the early stage of crop cultivation, plantation agriculture has more advantages than small farming. It is usually easier to fund the cost of infrastructures or get access to institutional finance with plantation farming than small farming. But this dominance dwindles sooner or later as the situations will change in favor of small farmers (Hayami, 1994).  Needless to say, the situation is dependent on the characteristics of the region and the types of crops. For instance, oil palm is considered to be suitable for plantation farming by a company because oil palm fruit has to be pressed soon after its harvest to avoid oil degradation. Indeed in the field, our attentions tend to turn to the overwhelming scale of the plantations and their facilities. On the other hand, in Thailand, the driving force of the oil palm expansion is, in fact, smallholders. Even in both Indonesia and the Malay Peninsula, the number of smallholders who grow oil palm is increasing. And now in Sarawak, where oil palm production by smallholders has never been so popular, the residents around plantations have started oil palm production. (Fig.1) 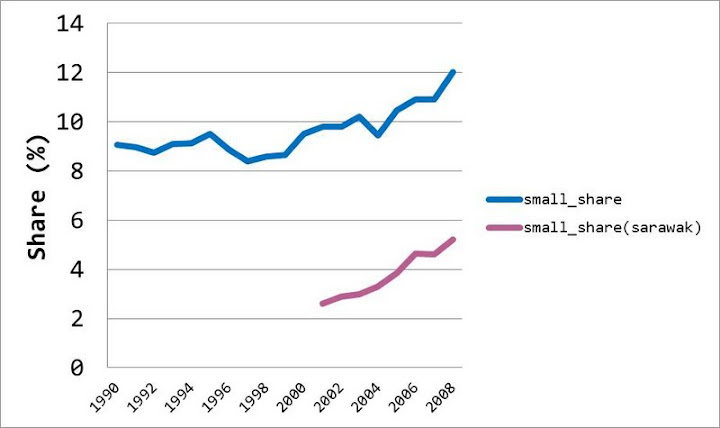 Fig.1: The ratio of smallholders’ area in oil palm cultivation (whole of Malaysia and in Sarawak):Based on the information of DOA, Sarawak and Dept. of Stat., Malaysia.

Meanwhile, gradually the oil palm industry led by plantation companies has been taking measures to respond to criticism from the public that the industry causes social conflicts and environmental issues. The foundation of RSPO (Roundtable on Sustainable Palm Oil) is a prime example in this case. RSPO is a non-profit organization founded in 2004 to advocate the sustainable management of palm oil production with considerations for the environment and human rights by promoting its certification system. Through the process of obtaining the certification, the oil palm businesses inevitably have to seek ways to deal with the local communities and labor forces. As a result, this makes the businesses realize the issues surrounding them and their environment as well.  In the insular areas of Southeast Asia, plantations are predominant in the landscape. We wonder how the changes surrounding plantation management affect Sarawak’s landscape and society or its industrial structures. With those questions in mind, we started our research in Company K’s plantations and smallholders in the vicinity of the plantations. 4. Plantations and smallholders  Company K’s plantations are in Sarawak’s Bintulu division. The company started its planting program in 1997 and today its oil palm plantation has stretched to 54,347 hectares. The plantation produces 116,000 tons of FFB (Fresh Fruit Bunch) each year. The plantation is relatively small compared to the other 37 oil palm plantations in the division. But the productivity of the plantation is relatively higher, producing approximately 26-27 tons of FFB per one hectare annually. The company has been working on upgrading its efficiency including its OER (Oil Extraction Rate).  The company has an oil mill plant on its property which produces 47,000 tons of CPO (Crude Palm Oil) and 6,600 tons of PK (Palm Kernel Oil) annually. The company procures the materials for its oil production with 55% from its own plantation, 5% from the smallholders and 40% from other plantations. As the number indicates, the role of smallholders in the company’s oil production is not huge at the current stage. But it is easy to see how the proportion will increase in the near future. Another point of note for Company K is that it was the first business entity to obtain RSPO certification other than foreign (or peninsula)-oriented companies in Sarawak. Through the process of certification, the company was scrutinized by a third party for its qualifications. The company was assessed from various angles: production process, quality management, working condition, labor welfare, ecological measures and its commitment to the local communities etc., and all of these materials were documented and stored by the company. According to the company staff, the biggest issue in the process of certification is the company’s social responsibility to the communities. The words imply that the company began seeking a way to harmonize with its local communities when applying for RSPO certification.  During this research trip we were allowed access to the vast amount of data which depicts the company’s business portrait and the documents including the application form for RSPO certification. The analysis of the data and information has not yet been completed but I have a positive feeling that the research could help to clarify the overall picture for the business. 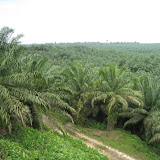 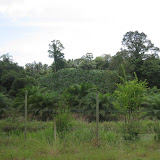